The Tratok token aims to solve the travel and tourism sector's problems by powering a purpose designed multi-platform application which can link consumers with suppliers. Stakeholders will register and be matched appropriately in the marketplace. 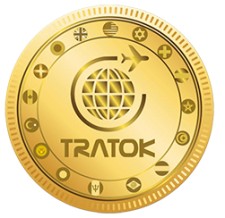 LONDON, November 15, 2018 (Newswire.com) - Tratok is now officially listed on the third largest decentralized exchange for Ethereum assets: Token Store. This brings the total amount of exchanges which have officially listed Tratok to three, giving Tratok access to the potential liquidity of USD $2.5 billion per month.

Token Store was chosen due to its size, ease of use and the security of the exchange. It is an important part of Tratok’s vision to be easily available to everyone and ensuring widespread public adoption of the travel token. This latest partnership means Tratok can be bought and sold on yet another legitimate and reputable exchange. Previously, Tratok's custodian, Mohammed Altajir, had stated that the team outright refused to work with exchanges that fake their volume, ask for bribes or fraudulent projects and will only co-operate with legitimate businesses.

The positive responses in the exchanges come as a direct reaction to the heightened activity level of Tratok as a token since its launch, the dynamism of the Tratok Team & community following Tratok as well as the developments made on the platform and the progress of the discussions with important business partners in the various travel and tourism sectors across various continents. In an industry riddled with people who want to take money from the public and worry about development later, Tratok is a beacon hope. Refusing to take public funds in an ICO, the world-class team behind Tratok focused instead on the application of blockchain technology to solving real problems and focused on a product rather than simple promises. The result of this honest approach? A token with tens of thousands of holders, a strong community and a project eight months ahead of schedule and one of the finest reputations in the industry. It is has become quite clear that the team behind Tratok is showing the industry the correct way to do things and many in the public have even used them as an example of progress and success

Every day Tratok lives up more and more to its vocation as a real utility token to be exchanged for products and services. It is more than a speculative commodity to be traded and the welcome received by the cryptocurrency industry and enthusiasts becomes warmer with every passing day. There can be no clearer evidence to the increasing optimism surrounding the project that the performance of the TRAT token. While the rest of the industry has been in a decline or bear market, the Tratok token has appreciated in value due to its real-world application potential and the project's transparency.

When asked for a comment on the value of TRAT, Tratok Ltd's Director of Marketing Antoinette Breedt commented, “We have no doubt that the imminent launch of the travel platform, as well as the impending signature of business partners, will further emphasize the use of Tratok currency of choice for travel. Widespread adoption, the benefits created and the value added for consumers and service providers will further strengthen the value of the token. That Tratok continues to rise in value is a testament to the public's confidence in this project and the way it will disrupt the $7.6 trillion travel and tourism industry.”

Get notified about new releases.